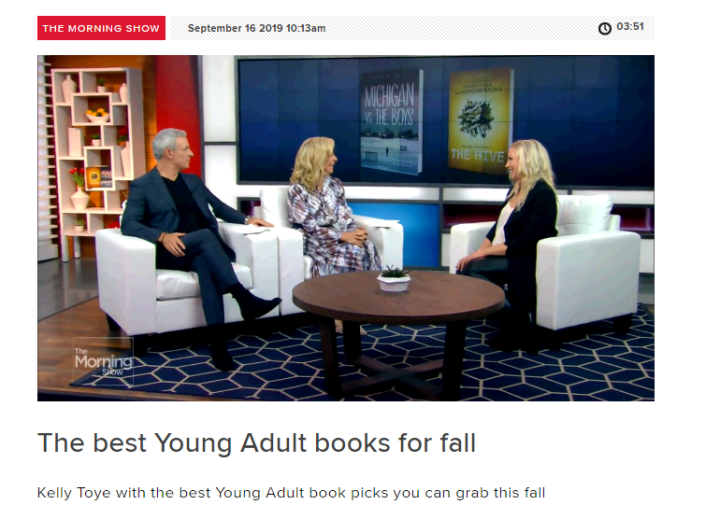 This autumn, there are two fantastic reads dropping from KCP Loft! To check out my Global News Morning Show segment reviewing each novel, click here: https://globalnews.ca/video/5907658/the-best-young-adult-books-for-fall 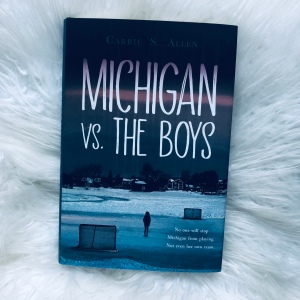 Michigan Vs. The Boys by Carrie S. Allen

Michigan vs. the Boys

Michigan Manning (talk about a cool name!) lives for hockey… that is, until, the girls team she plays on is abruptly cut due to funding. Michigan’s entire extra curricular existence has been consumed by hockey and her teammates, and in order to get a college scholarship, she needs to play this year.

Michigan musters up the courage to try out for the boys team. And why wouldn’t she? She is a better player than most of them, and she needs to play somewhere. The coach begrudgingly admits that Michigan has made the team, but makes it clear that she can’t date any of the players… and this is just the beginning of the sexism that Michigan is on the receiving end of.

Michigan’s superior skills shine as the team plays together and Michigan makes headlines with the local news. It sounds like a success story, but Michigan’s teammates aren’t happy about her fame. The hazing and abuse she has been experiencing since joining the team worsens and becomes more much serious. Michigan needs to decide whether or not to blow the whistle on her teammates and risk losing her spot on the team, along with the respect she has earned from the school.

Michigan Vs. The Boys is a story for the #MeToo movement, and focuses on a topic not often explored in novels: women in male-dominated sports and the challenges they face. This is a must-read for everyone: women, men and athletes. 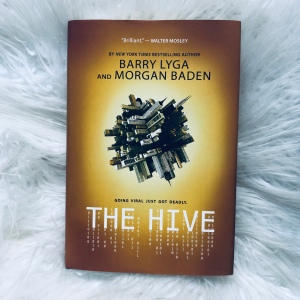 The Hive, By Barry Lyga and Morgan Baden

By Barry Lyga and Morgan Baden

The Hive is a close-to-home, thrilling concept, created by actress Jennifer Beals (Flashdance, the L-Word) and friend film producer and studio executive, Tom Jacobson. The concept was fleshed out by married couple and NYT bestseller authors Barry Lyga and Morgan Baden to become an edge-of-your seat novel that will surely make a great movie or TV series.

The premise of the Hive is an interesting one and it certainly hits close-to-home in the era of social media obsession. It takes place in the United States in the not-so-distant future and centers around edgy hacker high school student Cassie Mckinney. Cassie lives in world where everything online is governed by The Hive and social media has been weaponized. The Hive aggregates Likes, Dislikes and Condemns on users social media platforms and no one is safe from ‘going viral’ and becoming condemned.

After Cassie makes a joke online that goes viral and puts her at the highest ‘condemn’ level, she finds herself running for her life to escape the cruel repercussions of The Hive. Cassie meets a group of others on the run from The Hive, also fellow hackers, and they soon discovery a government conspiracy within the Hive that only Cassie can unveil.

Can one girl break through two governing bodies on her own at the risk of her own life? The Hive will tell.

The Hive has been named one of the Best Books of Fall by People Magazine and will surely keep any reader who picks it up on the edge of their seat. 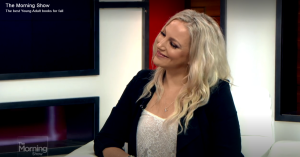 I hope you enjoyed my segment, and love the books as much as I did! Until next season, happy KCP Loft Reading!