Some very cool things are happening in the world of literature today, so I wanted to share a quick post with you all. 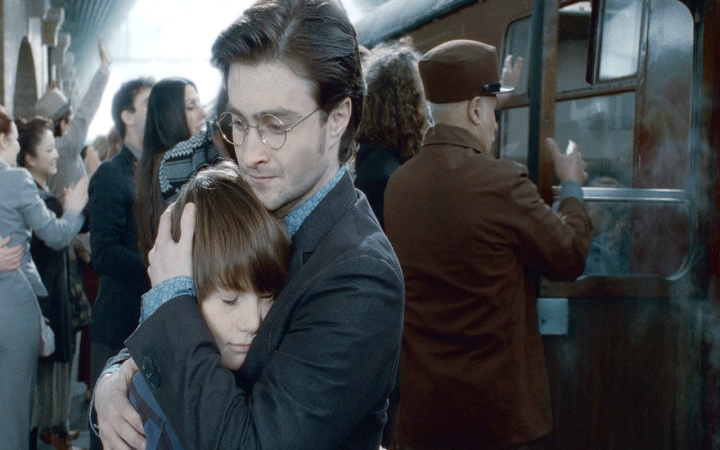 1- The coolest thing that came out today, of course, is J.K Rowling’s latest fictional 1,500 word piece released on the Pottermore website. As I am sure every Harry Potter fan knows by now, J.K. Rowling’s newly released article is a look into the future, written by legendary Harry Potter journalist Rita Skeeter. The article sheds some light on some of our favourite HP characters right before Harry’s 34th birthday.

I strongly suggest that everyone read the Skeeter ‘gossip column’ (and don’t all of us Potterheads wish it were longer?!), but here are some of the highlights:

– This article obviously takes place before the “19 years later” epilogue in Harry Potter and the Deathly Hallows, which takes place in 2017.

– Rita continues to write in her gossipy style and stops at nothing to start the rumor mill.

– Harry and Vikor Srcum are still friends, and Viktor is playing in the Quiditch World Cup. #TriWizards4Life!

– Harry works as an Auror (no surprise there).

– Hermonie is taking the Ministry by storm (did anyone ever doubt that?) and working her way up the ranks. Rita seems pretty jealous. She’ll always have a sore spot for Hermonie, that Rita.

– Ron quit the Auror department to co-manage Weasleys’ Wizard Wheezes with his brother George (I love that! Brotherly love!).

– This is one of my favourite lines from the column because it is so classically Skeeter:

“The only one who is easy to recognise is Bill who, poor man, is grievously scarred from an encounter with a werewolf and yet somehow (enchantment? Love potion? Blackmail? Kidnap?) married the undeniably beautiful (though doubtless empty-headed) Fleur Delacour.”

If you don’t have a Pottermore account, shame on you! You should get one! But if you can’t wait to read the column, you can also find it here.

2- Another exciting announcement in the literary world today is the development of a high-tech FingerReader that reads to the blind in real time.

For more info, check out this article.

3- Lastly, Toronto Word on the Street has announced its upcoming 2014 Highlights!

The Word On The Street Festival

This year’s Toronto WOTS Festival will be taking place on Sunday, September 21st. For those of you who have never been to the literary festival, be sure to check it out this year. WOTS is definitely one of my favourite festivals this city offers filled with workshops, discount prices on books, author readings, open forums and signings.

There are more announcements to come so be sure to keep your eye on the site!

That’s all I got, but it was an exciting day 🙂  What did you guys think of the Harry Potter piece? Was it just a tease?