the girl on the train; a review 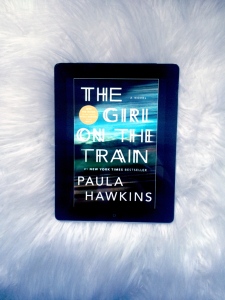 I know, I know: I’m so behind the times! I read the The Girl on the Train by Paula Hawkins before the movie came out, but just before. (Not that it mattered; I still haven’t seen the film!) The reason I waited so long to read to novel was because I had friends tell me that they found the book to be a difficult read because there weren’t any likable characters in it, and I completely understand that perspective after reading it. I had other friends mention that the writing wasn’t great, and I could also see what they were saying, although I tend to enjoy stream of consciousness narratives (that’s probably why my favorite book of all-time is The Catcher in the Rye).

Since you all have probably read review after review of this book, I will keep my own thoughts short and sweet.

Firstly, I listened to this book as an audiobook. (Call me a cheater, call me whatever you want! I was on maternity leave when I read it and was in the car/walking with a sleeping baby a lot of the time!) Listening to this novel made the story eerily realistic: the sounds, the voices, the long pauses. Let’s just say that I became so obsessed with listening to this story come to life that I even had my headphones in my ears while I was washing dishes at night. And while I ended up getting utterly annoyed and ‘creeped out’ with most of the characters, I couldn’t help my listening addiction. Great job, narrators!

Secondly, yes, some of the book dragged on at times. Stream of consciousness writing can do that to a story, and there were a few things that could have been edited out. But overall, I was captivated and entertained. Isn’t that how books are supposed to make you feel?

Lastly, I would recommend this book to fans of thrillers. It is dark, edgy and is a different type of thriller than I am used to reading. How? It’s different because the main character didn’t know if she was innocent or not, which makes me, as a reader, terrified for what I could find out as each chapter continued. I grew frustrated with the protagonist because she often resorted to drinking (it was realistic; she was an alcoholic), and that also kept me on edge. I just wanted to scream, “Think, Rachel, think!” I felt like I was watching a realistic horror story unravel, and my hands were tied because I couldn’t do anything about it, and I didn’t know how it was going to end… until I actually guessed the ending. But don’t worry, guessing didn’t ruin it for me! And I doubt it will for you either.

What did you think of The Girl on the Train? Does the movie compare? Is the film worth watching?

the wives, a review

between the world and me & the beginning of allyship