The 5 shortlisted books- make sure you get your copies ASAP!

As a writer, there’s nothing more inspiring than attending an event surrounding the ‘Oscars of Literature,’ otherwise known as the Scotiabank Giller Prize. Luckily, my writing partner Kristi and I were able to do just that. We have a big week of writing ahead of us as we are attending the annual CANSCAIP Packaging Your Imagination Conference this weekend, and the Between the Pages Giller Prize shortlist event was a fantastic way to kick it off! 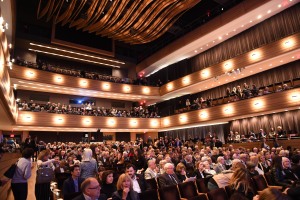 The excitement is building!

The 2017 Scotiabank Giller Prize jury announced its shortlist on Monday, October 2, 2017. (The announcement luncheon was another event my writing group was lucky enough to attend!) The jury members are André Alexis, Anita Rau Badami, Lynn Coady and Richard Beard, and they attended both events to participate in the celebrations. Click here to see the twelve longlisted titles, and here to see the shortlisted titles.

The flowers and decor were tasteful

Everything about Between the Pages was elegant, from the music, to the venue, to the food, and of course, the literature. We wined, dined, tapped our toes in tempo with the exceptional band, and listened to an excerpt from the nominated novels, read aloud by each author. The nominated writers also chatted about their history in the literary world, their struggles, and their inspiration. The authors had the audience laughing along with them, and my eyes were glued to the stage.

The passed appetizers and food stations were on point

The authors all had varied backgrounds; Rachel Cusk is British-Canadian and Ed O’Loughlin grew up with one folk music channel on the TV in small-town Ireland. The writers spoke about how some of their parents were supportive of their ambitions to be writers, while others worried it wasn’t a great way to make money. (Got to love the arts!) Regardless of their upbringing and struggles to get to where they are today, these five writers have all ‘made it.’ The authors should be so proud of their work; I cannot imagine sitting in their seats, being honored in the way that they are for creating such beautiful stories. It’s something to strive for! 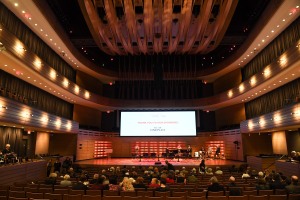 Before the main event…

Be sure to tune into the CBC Books livestream of Giller Prize Award Ceremony on November 20th! Big thanks to Scotiabank for having us… it was an evening to remember!

Kristi and I enjoying the evening!